Because today after I got back to my car after our grocery shop, it was toasty and warm from sitting out in the sun for a couple of hours…

and I actually had to open the window.

You know how in Winter, you live for those moments when the car is comfortably warm and yet outside, it is still fresh and chilly? Well today it was 13 degrees, and yet somehow for the last day of July, that translated to a mild, manageable, Wintery and almost-Spring like, heat.

Yep I said it, Spring.

I know you’ll say I’m crazy, we are not even past August yet… but I swear, it is IN THE AIR. Look what I snapped the other day:

A plant from our front yard, sprouting green.

I am so excited by all of this. Most definitely, grateful too. 🙂

I took home some Pink today, because I was at a dear one’s Baby Shower. 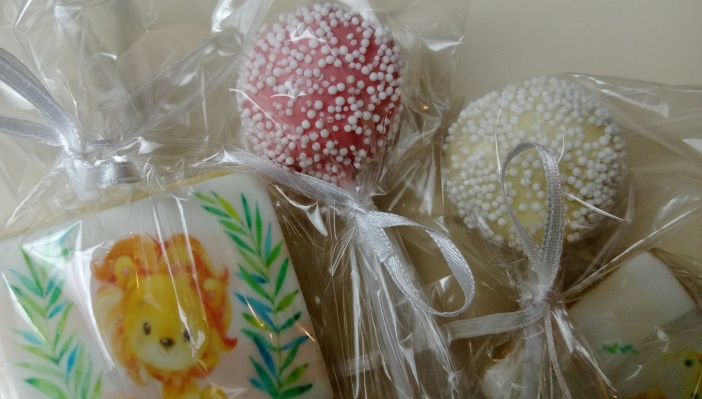 I think it’s a beautiful thing when people get together to celebrate the future meeting of a brand new person. This little bub will be a new member of our family, another girl to have fun with, dance with, laugh with, watch grow, and be a huge part of her life.

We need to celebrate like this, much much more. A new job. A new house. A new… anything! We need to call our loved ones over, crack open some bottles, and just celebrate life and appreciate all the beautiful things in it, the things that we are so lucky to have, the things we are ultimately, blessed with beyond words.

Life can be so dark sometimes. We definitely need more Pink.

And this lovely lady with Bub, is my younger cousin, who I consider like a little sister to me. I am so excited for her and this new chapter in her life, and I only just realised a beautiful coincidence tonight…

She and I are 4 years apart. When her bub is born, baby girl and this new baby girl, will be…

Ahhh. Ain’t history brilliant in its ability to recreate itself?!

But today, we were fortunate to spend the best evening ever with some of our besties. It’s always so easy and entertaining – we have fun, we are relaxed, and all of this even more so because our kids are having fun, and they are relaxed too… so relaxed they ran around the house in circles trying to freeze each other with ‘Frozen’ wands repeatedly.

And the end of it brought the perfect culmination of the night, when we took to the kitchen dancefloor (because let’s face it, that’s what it is) quite spontaneously, and started to move.

Hubbie and Best Man got personal… man love all the way.

There was standing on stools, Elvis Presley poses 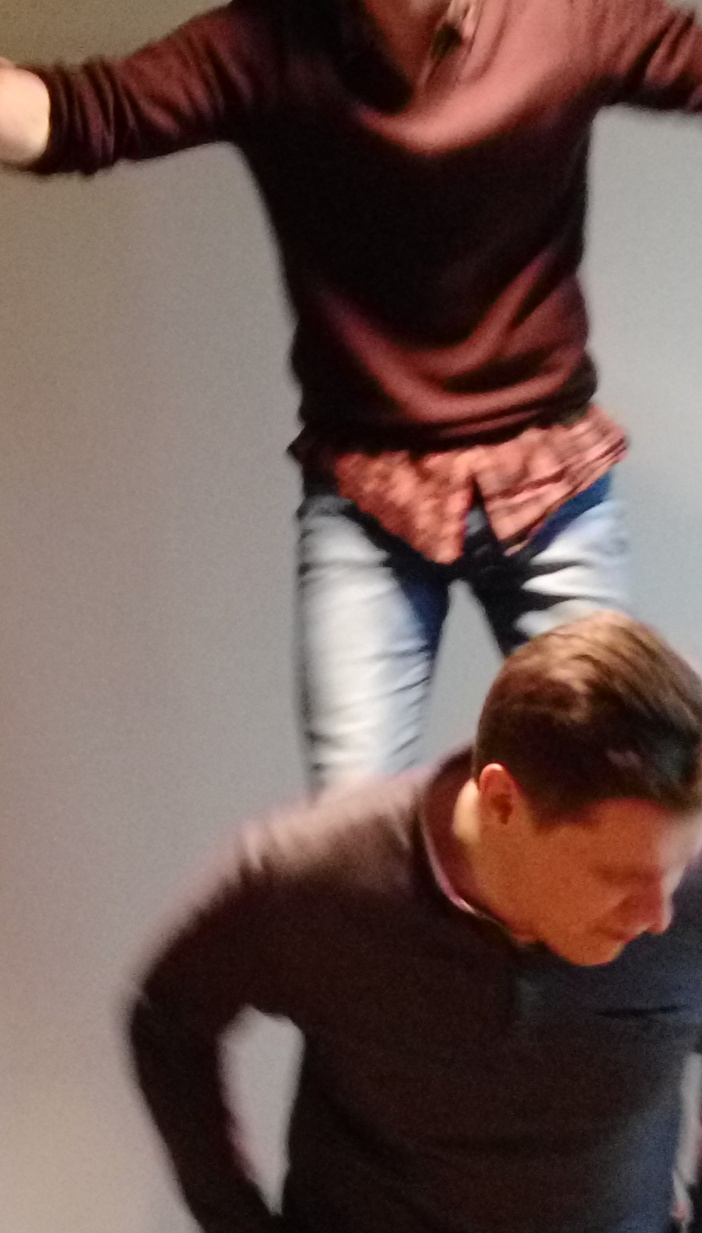 And just all kinds of colourful feet moving about on the dancefloor.

It was freeing, it was happy, it was wild and it was irrationally crazy… yet mostly the vibe was PERFECT.

As it always is in the Best company. Best man and fam. Makes sense 😉

Oh man. You know that feeling when you get to the end of something, and you just sigh?

Yeah, but mine is a little like ahhh brrrr ahhh.

With everything that has been happening lately, (and by everything, I mean EVERYTHING), I’m just glad I’ve gotten to the end of it all.

The end of Friday. I love Fridays with their beautiful weekend promises, but after keeping with appointments and driving all about the place today, I’m just glad it’s all over.

The end of the week. In fact, it has been exactly one week that I have survived with no ducted heating! Such a 1st world problem I know, and yet as I cast my mind back, I can’t ever think of a time when I didn’t have proper heating to nestle back into… even when we holidayed overseas in July of 1997, it was Summer, so there was absolutely no need for it. I’ve got my eye keenly planted on the day in which the gas heater man will come over and reinstall our new heater (roughly 6 days time) so the countdown is ON. You can be sure I’ll be damn happy and super grateful when that happens.

The end of July. Sure sure, it’s not THE END, yet. But we are days away, and guess what peeps? We have survived 2 months of Winter! I barely consider August a Wintery month. I know it’s still cold, and the mornings are still icy, but I’m adamant a Spring-like change starts to appear around my birthday (of course I would proclaim that) and anyway, I am usually so busy celebrating all kinds of August-fun festivities, I have no time to even feel the cold.

End Friday, End week, End July. I am happy for these closing ceremonies, because where one door closes, another one opens… and today I have 3 exciting doors to peek through…

It’s become the norm that we like to surprise baby girl with presents. Hubbie even goes as far as stopping at a petrol station or a supermarket on his way home from work, just to get her a little something. Even after a 10-hour work day, he will still make a detour, for her.
I am constantly waging war and proclaiming that her plastic toys are on the out, telling her that she is to have no more toys (until her birthday) and then of course, she will be away at kinder like today, and I just can’t help myself. I have to buy her something.
It’s always little things. When we are out and about I have a rule: one chocolate, or one toy – pick wisely. She accepts this well. Too bad I don’t.
Today I bought her a bit of both.
Aside from her kinder surprise egg, the toy was one of those Disney Princess toys, the lucky dip ones in a plastic packet concealing their image, so that in trying to collect the lot you end up with several multiples of the same figurine. She only has Tinkerbell in this particular collection, and from the feel of the packet, I guessed it was Cinderella.
When she got home from kinder, she found the packet and opened it excitedly. She had guessed at Snow White. Turns out we were both wrong – it was Belle from Beauty and the Beast. She was rapt, regardless.
Of course she had to watch the movie after dinner. I put it on, and she soon told me she wanted the yellow dress bit, where Belle is dancing in the grand ballroom with the Beast and they are getting all loved up. The figurine has Belle in the fancy dress, so yeah, let’s cut to the chase.
I watched her expression as Belle and the Beast danced around the ballroom. She smiled and pressed her chin against her shoulder, going “awww.”
“Do they love each other?” I asked, fascinated by her correct interpretation.
“Yeah.”
Later on when the credits were rolling, the classic theme song came on again. She imitated slow dancing, and now Hubbie was in the room too.
“Why don’t you slow dance?” I asked her. “With your first Prince?”
She looked shyly/cheekily up at her Dad, the way she does when she is going to say no regardless of the question. “No.”
“Ok, we’ll show you.” I got up and we swayed three times in each other’s arms, before she was yelling, as predicted – “me me me me me!”
I stepped aside, grinning. She walked into her Dad, gave him a hug/embrace with her arms at his, and then moved in tune with him to the music, like a complete pro. She then looked up at him with a bright smile, happy and adoring and all LOVE. It was the most innocent, sweet, wide-eyed and beautiful smile I had ever seen.
“Awww,” said her Dad. “You’re a princess.”
Meanwhile I could not speak. I was a bubbling idiot, almost choking on my tears from the beauty of it all. I managed an “oh my God,” my heart bursting from the heart-exploding scene before me.
A girl’s first love, a girl’s first Prince. A baby girl and her Daddy. My loves. ♥♥♥

I am settling her for bed.

Our heater has died. Bad enough when it was working, the Winter chill would creep in immediately as soon as the warm air had stopped flowing, but now, there was no warm air at all to blow and warm the house at an even level, bar the little portable heaters that have been placed in a few strategic corners around the place, bringing warm pockets to generally icy cool areas.

I take another thin blanket that I keep beside her bed. There is actually a stack of about 8, of varying thickness that reside here on a permanent basis, but with the onslaught of Winter, this pile has now dropped to 4, with the heap on her bed rising instead.

I lay it across her, making sure all the blankets are evenly spread across her, and there are no open areas to bring cold air into her bed.

“No worries Princess. I love you baby girl.”

Big hugs and kisses ensue from both of us as I bend down for more affection.

She holds me in a firm bear hug.

Eventually we part, and I go to take post at the end of her bed, until she falls asleep.

She waves to me.

“Goodnight honey, I love you princess.”

“Goodnight Mama, I love you.”

Oh that girl pulls at the heart strings.

I’ve had times today where I’ve been fed up and frustrated… both with life and baby girl.

But by the same token, I’ve had proud Motherly Moments.

Like for example, when baby girl needed a snack, and after giving it to her she said happily “Thank you Mama.”

Or how when I asked if she wanted any fish with her dinner, instead of cracking it and complaining, she gave a sweet “no thanks,” tilted her head and squinted her eyes in a cheeky ‘you-know-you-love-me’ fashion.

Or the way she asked for more capsicum strips during dinner. She didn’t want a bar of them yesterday, and yet today, it’s her favourite food.

Or when I was at her level, helping her in the toilet, and she gave me repeated kisses on my forehead, followed by eskimo kisses, a lean in to me and “Awww, Mama.”

Like I said, proud moments. One proud Mama. She is a stubborn girl, and has real determination and personality about her, but she is a beautiful and kind soul, with such genuine goodwill and heart, that it warms our soul every day.

It suddenly makes me not so tired, and not so uninspired… 🙂